The first visit is FREE for kids under 3!

Your First Visit: What to Expect

We strive to make every visit to the dentist fun and relaxing.

Provides strength and protection to a tooth.

Prevents the development of cavities.

Our on-call dentist is here to help, anytime.

View our blog for useful information.

What are tongue ties?

Under the tongue is tissue that connects your tongue to the bottom of the mouth. Easily visible when looking in the mirror, this tissue is known as the frenum or lingual frenum and it can pose problems if it is too thick or too short. In these scenarios, the lingual frenum starts to restrict the tongue’s movement and a full range of motion is not possible. This is known as a tongue tie, or ankyloglossia, and it occurs in 4% to 10% of newborn babies. The exact causes of tongue ties in newborns are unknown.

The American Academy of Pediatric Dentistry classifies ankyloglossia as a ‘developmental anomaly’ of the tongue. If a tongue tie is present, it can restrict the airway, impact the growth of the face and the support of the upper jaw and also may cause teeth to come in crooked. As such, tongue ties must be taken seriously and if you notice any signs that your baby may have a tongue tie, action must be taken to determine the severity of the case.

Diagnosing a tongue tie in your child

Detecting tongue ties early on is important because of the way the tongue impacts overall oral and facial growth for children. Difficulty with speech, breathing, eating and sleeping can all possibly arise if children do not have their tongue ties addressed properly.

It is also important to know that not all tongue ties are easy to spot visually without trained inspection, especially since tongue ties can vary in severity.

Tongue ties can impact a newborn’s ability to form a proper latch during breastfeeding. Tongue ties also pose problems for new mothers as an ineffective latch can cause nipple pain and general frustration during nursing.

If your baby is fussy around feeding time, cannot seem to hold a latch, and is experiencing weight gain issues, an appointment should be made to ensure that tongue ties are not the cause. While newborns can have trouble nursing for a variety of reasons, tongue ties are important to diagnose because they possibly can be fixed with a simple procedure.

While tongue ties restrict the ability of the tongue to reach its full range of movement, clinical evidence is unclear as to whether speech is always impacted. Many children have tongue ties and do not display signs of a speech issue at all. As such, children who are suspected of having a tongue tie should see a speech therapist for an examination to see if they are impacted negatively by it. Signs of a speech problem include difficulty articulating certain sounds, such as rolling ‘r’ sounds or ‘sh’ and ‘z’ sounds.

It must be emphasized that it is always possible that children can have a tongue tie and also a speech problem at the same time, but no causal relationship exists between the two. Clinical research has been inconclusive on the link between the two and therefore it should be handled on a case by case basis.

What is a frenectomy?

However, in some cases, tongue ties will require a direct procedure to correct. A pediatric dentist can evaluate the severity of the tongue tie and provide an opinion on what to do next. Speech pathologists can also diagnose tongue ties by analyzing your child’s speech patterns. Lactation consultants can also provide advice if your child has trouble breastfeeding and a tongue tie is suspected as the cause.

It is possible that these professionals will recommend a frenectomy. This is a simple procedure whereby the lingual frenum is reduced in size by using a scalpel or a laser. This corrective procedure results in little pain, little bleeding and little to no negative post-operative effects such as infection. As such, it is a simple procedure that yields great results for children who may be suffering the effects of a tongue tie. It also has been shown to increase milk intake and generally improve breastfeeding for mother and baby.

The importance of your child’s first dentist appointment

Most parents believe that their child’s first dental appointment is important for examining the teeth, the gums and to look for tooth decay or cavities. However, diagnosing tongue ties is also an important part of this appointment. With so many areas of a newborn’s life and development dependent on breastfeeding, parents should have their baby examined for tongue ties if they notice any common signs during the early months of their child’s life.

As a dentist at Junior Smiles Children’s Dentistry, Dr. Dylan enjoys developing friendly and long-lasting relationships with his patients and with their parents.
 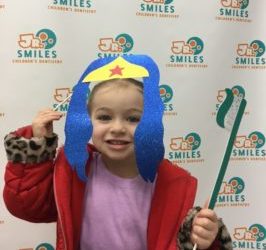 What To Do About Teething

Teething is tough on a child. When their first teeth start to erupt, infants can experience a variety of symptoms that cause discomfort and may even cause worries for parents if they do not know what to expect. Let’s explore some of these below in order to become...

END_OF_DOCUMENT_TOKEN_TO_BE_REPLACED 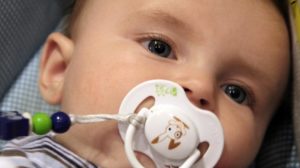 END_OF_DOCUMENT_TOKEN_TO_BE_REPLACED

When Should You Schedule Your Child’s First Dentist Appointment

END_OF_DOCUMENT_TOKEN_TO_BE_REPLACED

Fill out the form below to get in touch.