When Kids Lose Baby Teeth and Origins of the Tooth Fairy 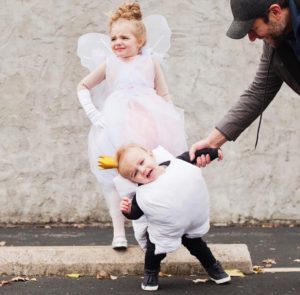 When kids lose their baby teeth around the age of 5, many parents choose to embrace the story of the Tooth Fairy to create some excitement for their kids. Like Santa Claus or the Easter Bunny, the Tooth Fairy is ubiquitous in North America, and even has a celebratory National Tooth Fairy Day in the United States. But where did the legend of the Tooth Fairy originate? And more importantly, how much money should you be putting under your child’s pillow when they lose their first tooth?

Origins of the Tooth Fairy

While many early European traditions saw children’s teeth as sources of good luck, the version of the Tooth Fairy that we all recognize in North America stems from a combination of old myths. Specifically, the Tooth Fairy is based on the idea of a tooth deity, usually in the form of a mouse, that was interested in children’s teeth (often found in Russian, Spanish and Chinese traditions) combined with the European traditional legend of good-natures fairies.

Whereas North American custom swapped the traditional Tooth Mouse for a Tooth Fairy, in most Spanish speaking countries this character still takes the form of a mouse that visits children while they sleep and takes the tooth from under their pillow and leaves a gift behind. Unlike the popular English tradition, the gift does not always have to be money. Sometimes known as el Ratón de los Dientes (The Tooth Mouse) or El Ratón Pérez, he even has his own museum located in Madrid.

How much money should you leave for the Tooth Fairy?

The question on every parent’s mind when their child loses a tooth is: how much money should I leave under the pillow? Most parents tend to look to their own childhood to determine the right amount. Ranging from one nickel, to one dollar, to one twenty-dollar bill, there are really no rules as to how much you should leave your child. Much like around Christmas or Easter, each family has their own unique traditions that can leave behind positive memories for their children.

Regardless of where the legend of the Tooth Fairy originated, it can be a useful story to tell your children in order to continue their journey of learning about oral hygiene. Specifically, some children may wonder what happens to the gap left behind by the tooth they have lost, or how they should brush now that one of their teeth is missing.

First, know that most baby teeth will fall out on their own. Unless your child is experiencing a great deal of pain, in which case a pediatric dentist can help with removal, you don’t really need to intervene in the process once a tooth becomes loose.

Second, it is normal if some bleeding is present when the tooth falls out. Help explain this to your child and that they can rinse their mouth to help clean the area.

Finally, ensure your child is not putting any excessive attention with the brush or floss onto the area where the tooth fell out. While they may be tempted to spend extra time on the gap left behind since it feels new to them, excessive brushing or flossing can cause irritation of the gums.

Dental Care For Your Kids

Do My Kids Need Dental Sealants