The first visit is FREE for kids under 3!

Your First Visit: What to Expect

We strive to make every visit to the dentist fun and relaxing.

Provides strength and protection to a tooth.

Prevents the development of cavities.

Our on-call dentist is here to help, anytime.

View our blog for useful information.

Kids and Mouthwash; The Myths & The Facts 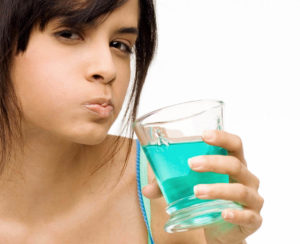 Kids and Mouthwash conjures up lots of fix-all oral care marketing promises, including  cavity protection and strong teeth, mouthwash may seem appealing due to its simplicity of use. However, there are some important considerations to be had prior to incorporating mouthwash into your child’s dental hygiene routine. Let’s take a look at some of these below.

At what age can children use mouthwash?

Under the age of 6, mouthwash is not recommended since children before that age are not good at rinsing and spitting out all the liquid in their mouth. Since mouthwash has multiple ingredients to stabilize the fluoride, it is not safe to swallow. Even though kids mouthwash doesn’t contain alcohol, it is still not safe to swallow and can lead to upset stomach or worse if a large dose is consumed.

For kids age 6 and older, mouthwash or mouth rinse can be used provided an adult is supervising and the child knows how to use it properly. A good test to see if your child is ready for mouthwash is to see if your child can properly swish the liquid around in their mouth and spit it all out. If they can master this practice, then they can safely use mouthwash. If they cannot, then they are likely not ready for mouthwash yet.

In terms of safety, most mouthwash for kids comes with a warning to leave the bottle out of the reach of young children since the attractive packaging and flavoring may lead young kids to think it is a beverage to drink. If a large dose is consumed, pediatric dentists recommend having your child drink milk immediately before calling poison control.  The calcium in milk will bind to fluoride and prevent absorption in the child’s system.  While fluoride is safe in normal recommended amounts, excessive fluoride consumption can be unsafe for your child.

What does mouthwash do for kids?

For kids, the first thing to know is that the main goal of mouthwash or mouth rinse is not to fight bad breath. While it can help in the cause, the main purpose is to provide extra protection against cavities since it contains fluoride. If your child is brushing twice a day and flossing, mouth wash may not be necessary, however it can still be used as an added measure of protection against cavities and to strengthen teeth.

Mouthwash can also provide a small benefit for children with braces since the swishing and rinsing of the liquid can help to loosen food that may be stuck in the brackets.

To combat your child’s bad breath, it is important to understand the causes behind it. Outside of infections or large cavities, or the type of foods your child recently ate, dehydration is a very common cause of bad breath in kids. Since saliva fights odor causing bacteria in the mouth, it is important to consume enough water so that your mouth can produce enough saliva to carry out its anti-bacterial functions.

Not brushing their tongue can also cause kids to have bad breath as bacteria sticks to the tongue and requires a firm brushing to remove. Simply rinsing with a liquid like water or mouthwash does not remove all the odor causing bacteria on the tongue or the roof of the mouth. It also does not remove the food that may be left stuck in the teeth, although it may loosen some of it.

It should be stressed that mouthwash for kids does not contain alcohol (adult mouthwash however may contain alcohol). Since this is recurring question often posed to pediatric dentists by parents, it is important to repeat it. However, this does not mean it is safe to swallow and the ‘swish and spit test’ should always be used prior to letting your child use mouthwash since it still contains fluoride that should not be swallowed. This is especially true since children’s mouthwash is often marketed in a variety of fun flavors and packaging that may cause children to believe it is drinkable.

You may be wondering: if mouthwash for kids doesn’t contain alcohol, does that make it less effective than adult mouthwash? The answer is no. In fact, the alcohol in adult mouthwash actually can dry out the mouth and lead to bad breath since producing enough saliva is important to combat odor causing bacteria.

Why does adult mouthwash contain alcohol at all? It is used as a preservative, stabilizer and as a carrier method for menthol, an ingredient that gives the traditional tingling and cooling sensation in mouthwash. It should be noted that there are now a wide variety of adult mouthwashes available that contain no alcohol and provide similar benefits.

Mouthwash is often seen as a cure-all for a variety of oral hygiene issues. When it comes to gingivitis, it is important to dispel this myth. Since gingivitis is a gum infection, it is marked by harmful bacteria doing damage in your mouth. Dentists commonly will recommend an anti-septic mouthwash such as ‘Listerine’ or a dentist prescribed rinse called ‘Peridex’.  These mouthwashes serve as an adjunct to help reduce gingivitis as long as you brush and floss according to the dentist’s recommendation (brushing can be prescribed 2-3 times a day).  Children with braces who neglect their oral care can

As a father of three children, Dr. T Jay understands the importance of compassion and patience when treating kids. With more than a decade of experience, he continues to look forward to seeing each of his young patients – and helping them grow into healthy adults.
 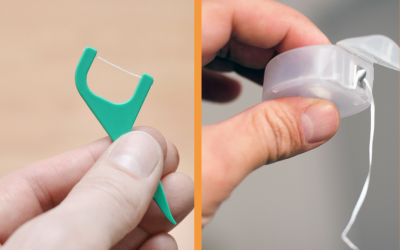 What is The Best Way to Floss Kid’s Teeth

Many parents ask us what is the best way to floss kid's teeth.  The rule of thumb is: Use anything you want as long as it gets physical string between your teeth to scrape off the plaque! That being said, there are some important advantages and disadvantages to...

END_OF_DOCUMENT_TOKEN_TO_BE_REPLACED 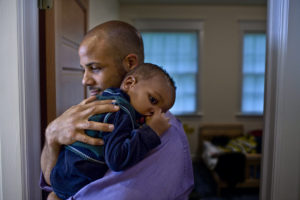 How to Stop Kids Thumb Sucking or Using a Pacifier

Thumb sucking and pacifier use are soothing for infants - and parents too!  As pediatric dentists, we are not really concerned with thumb sucking or pacifier use in the first 1-2 years of life.  We understand that infants are still trying to learn coping mechanisms...

END_OF_DOCUMENT_TOKEN_TO_BE_REPLACED 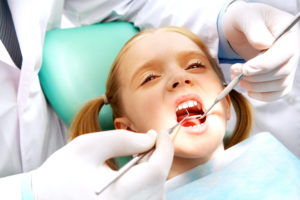 A Cavity Is An Infection

END_OF_DOCUMENT_TOKEN_TO_BE_REPLACED

Fill out the form below to get in touch.